Dear Readers, Commenters, Visitors and Others,

My apologies that I have not blogged in ages. I've been preoccupied with stuff that takes my mind far away from the blogosphere. And even when I've had a moment to spare, creativity has somehow eluded me..

This appeal is for you (especially my African brothers and sisters and others of African descent) to send guest contributions for this blog to anengiyefa1@yahoo.com or anengiyefa@gmail.com. Your contributions will be posted on the blog and the idea is to keep the blog relevant, exciting and as a venue in cyberspace for expressing our views on the issues that affect us and about which we feel strongly.
There is no requirement for guest contributors to disclose their identity, as anonymous contributions will be attributed to Anonymous Guest Contributor(s). The only requirement is that your contribution is relevant. However, it may be preferable that a guest contributor has an online profile to which readers may refer..
Wishing you all a great festive season ahead..
Anengiyefa
Posted by Anengiyefa at 1:33 pm No comments:

I have reproduced this posting which first appeared on Ivor W. Hartman. Ivor had already notified me privately that I am one of the authors whose stories have been selected for the 2011 edition of African Roar, an eclectic anthology of short fiction by African writers. See here too.
"African Roar 2011 Selections
It gives us (Emmanuel Sigauke and Ivor W. Hartman) great pleasure to announce the selections for the next annual StoryTime anthology African Roar 2011. Congratulations to all who made it through the selection process, and thank you to everyone who entered!
Chanting Shadows by Mbonisi P. Ncube
The Times by Dango Mkandawire

Out of Memory by Emmanuel Iduma

Missing a Thing of Beauty by Abigail George

Longing for Home by Hajira Amla

Letter to my Son by Joy Isi Bewaji

Waiting for April by Damilola Ajayi

A Writer's Lot by Zukiswa Wanner

To the Woods with a Girl by Masimba Musodza

Lose Myself by Uche Peter Umez

Because of my Wife by Kenechukwu Obi

The Orange Barn by Sarudzai Mubvakure
PS: The various parts of my story are posted on this blog. The easiest way to find them is by using the search tool on this page.
Posted by Anengiyefa at 11:30 pm 16 comments:

Out of the closet 2 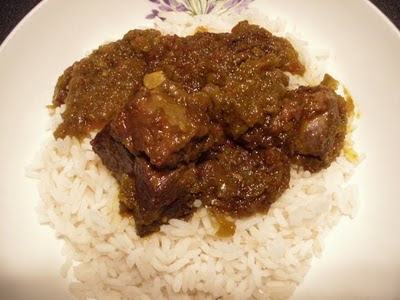 A couple of weeks ago, my neighbour who attends the same church as I do gave me some food to take home. In the food container that she handed to me was ayemashe (or ayamashe), a particularly spicy but extremely delicious traditional stew of the Ijebu people, among Nigeria's Yoruba population. Its not unusual for me to receive gifts of food from ladies at church, since perhaps they think that not having a wife must mean that I am under-nourished. They seem to have a desire to ensure that I receive proper nourishment and get all the vitamins that I need. Well, I don't know anyone who turns down perfectly good, home-cooked food when its so freely offered. And I do not wish to be the first person I know who does. So of course such gifts are gladly (and gratefully) accepted, even if the ultimate benefit to me is that I'm spared having to shop for and cook food until all that free food has run out. This last time it was ayemashe.

Ayemashe is unique and for me while growing up it was a mystery. Nothing that we ate at home, at our friends' or relatives' houses, at parties, or anywhere, even came close to tasting like ayemashe, a greenish-brownish stew with little pieces of meat in it, which is usually served with white rice. For many years it was offered mainly at small, informal eating places known as buka, (or bukateria, a play on the word cafeteria), and was available with rice for a small amount. For me, ayemashe was a delicacy that was consumed only once in a while. It seemed to me that only a relatively small number of people knew how to prepare it, and that they kept their secret close to their chests.

I have recently observed however that ayemashe has become more readily available and is served at many Nigerian restaurants at home and abroad, sometimes appearing on the menu as "designer stew", (No 22 on this menu). What this means of course is that more and more people have learned how to cook it. So after joyfully consuming all of the ayemashe that Bisola (my neighbour) gave me, the next time we were in the car together on the way home from church I asked her for the recipe, which when it was revealed to me turned out to be surprisingly simple. And from that moment on I was determined to cook ayemashe for myself, but I thought I should search online to see if anyone else had done something similar and posted it. In doing so I happened upon Yetunde's blog, which I must admit I'm now totally hooked on.

The photo at the top of this post is ayemashe on rice, but its not mine. It's borrowed from Avartsy Cooking, Yetunde's blog. I haven't summoned the courage to cook mine yet, but going through her blog has opened my eyes to all kinds of possibilities and the kitchen beckons now more strongly than ever before. I should be keeping you posted..
Posted by Anengiyefa at 11:18 pm No comments: